Brewerytown, whose residential population has been growing of late, will get its most expansive restaurant yet.

Initially, it will be open for dinner and late-night, with lunch and brunch added later.

The restaurant and indoor beer garden is in the new Fairmount @ Brewerytown rental building, which replaced a mammoth onetime warehouse for Acme Markets at 31st and Master Streets. It’s a cool, iron-and-concrete reuse of the old building, whose ground-floor beer garden is set up behind garage-type doors (one set is fuunctional.)

The expansive menu includes burgers and sandwiches. The main dining room has is lined by two bars, each with 16 beer taps. They’ll serve 11 Flying Fish seasonal and small-batch beers brewed at the plant in Somerdale, Camden County; five taps will be devoted to local craft beers. Those bars also will dispense wines and a tapped cocktail. The beer garden has picnic-table seating and its own, beer-only bar.

Partners Dana Spain and Sean McGovern wanted a brewpub but realized the licensing and ownership obstacles. They then set out to find a brewing partner and landed Flying Fish, New Jersey’s largest craft brewer. Duffy and Spain have been friends for years through her affiliation with Philadelphia Animal Welfare Society, which he supports with food events. Duffy is using Flying Fish’s spent grain in the house-baked breads.

In addition to sitdown service, the 191-seat restaurant will offer takeout, delivery, and “room service” to the apartments above. It will have outside brasserie seating. 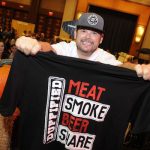 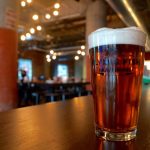