When bars or restaurants are failing, it generally comes down to one key reason: horrible owners, according to Brian Duffy.

The Philadelphia-born chef should know—he’s made a number of appearances on Spike TV’s Bar Rescue and seen way too many bad bosses in action. Cheers sat down with Duffy on at the Sun Brewfest beer bash at the Mohegan Sun casino in Uncasville, CT, to get his take on current food and beverage trends and some tips on running restaurants.

First off, what’s the best way to avoid being one of those owners who needs a Bar Rescueintervention? You need to be accountable. “As the owner, you set the standard for what you do,” Duffy says.

So if an employee isn’t performing up to expectations, you need to do something about it rather than just blame his or her incompetence. Before you fire workers, though, make sure that you have provided the tools and training to succeed and given them the chance to improve.

You also need to run your operation like a corporation. That means a business plan, Duffy says, along with a mission statement and a list of core values. Use your plan to define the end result you hope to achieve, and as a map of how you plan to get there.

Documentation and organization can help keep your business on track, Duffy says. “When I look at a bar, I want to see the cleaning list, the inventory, the employee manual, the protein counts,” and so on.

If you do have the business management basics in place, it’s an exciting time to be in the bar/restaurant business. For one thing, Duffy says, “Chefs today have so much more creativity. We’ve gotten away from pretentious fine dining and are not locked into French or Italian cuisine.”

The more casual approach to dining out typically results in consumers eating out more frequently, adds Duffy, who specializes in “new Celtic” cuisine. Customers will go to a gastropub three times a month vs. once a month to a formal restaurant.

Some of the other culinary trends Duffy is seeing include the “tail to snout” movement of using all parts of the meat, new takes on comfort food such as mac and cheese and barbeque, and Mexican at all levels—from taco trucks to fine dining concepts.

Behind the bar, mixologists are reinventing the classics and incorporating new techniques such as barrel aging cocktails. “These are things that can give average bars an edge,” Duffy explains. “Consumers are so much more educated about food and beverages, and they’re interested in learning more.”

Millennials in particular are keen on interactive dining such as shareable plates and watching food and drinks being prepared. They’re also concerned about what they put in their bodies, Duffy says. “They want a cleaner product, and we all need to step up to the plate.” 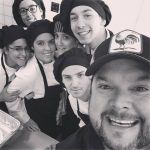 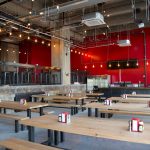