Back in March 2013, Spike TV’s Bar Rescue, along with Chef Brian Duffy came to the Triangle to help a struggling Garner restaurant. That restaurant is now called MoonRunners Saloon, and has been a successful establishment ever since – thanks to Duffy.

For the first time since 2013, Duffy was back at MoonRunners on Jan. 16, to help promote a limited-time “Duffified” menu. “I was coming down to do an evaluation on the guys, so I thought let’s do something fun. Hence the new menu,” says Duffy. The chef admits that the five items on this new menu are things people normally wouldn’t see on MoonRunners’ menu. These items should remain in the kitchen’s repertoire for at least a month.

With items like the North Carolina Poutine – which features pulled ribs, triple cooked fries, cheddar curds and a moonshine demi-glace – and stuffed sliders packed with corned beef and sauerkraut, these dishes sure have the chef’s twist written all over them.

Duffy, who was born and raised in Philadelphia, studied at The Restaurant School at Walnut Hill College, and later worked with James Beard Award winner Chef Jean-Marie LaCroix at the Four Seasons in Philadelphia. Duffy starred in the Spike TV series, Bar Rescue, and has made a numerous appearances on Food Network, DIY Network, GHTV, NBC and the Fine Living Network.

Although Bar Rescue is no more, Duffy admits there are other projects in the works. “I just signed a contract with another network, and I have two other shows in development,” says Duffy, who can’t quite comment any more on the subject. Duffy went on to talk about hanging out with MoonRunners’ owner Charlie Alexander earlier that afternoon looking for a good plot of land. “There’s a very, very, viable chance that there might be another restaurant in the future,” he hints.

With a lot of new restaurants springing up in the Triangle, I decided to pick Duffy’s brain for some helpful tips for the town I call home.

1. Listen to your guests. Your guests don’t lie. Go back through your menu and take a look at what has actually sold. Keep the top 75 percent of the items that have sold and remove the bottom 25 percent. They’re dead-movers on your menu and taking up precious real estate.

2. Spend as much time possible educating your staff. Your staff are the ambassadors to your business. Servers are like car salesmen. They need to know as much about the cars as possible. If you have a Mercedes-Benz and a Honda on the lot, your server can’t sell the Benz if he knows nothing about the Benz.

3. As a manager/owner, you have to be in the dining room. Get your work done during the slower times when nobody is there. If the staff needs your help, they don’t have to run to your office to find you.

4. Menus! Read your menus. Then re-read them. Stay away from the blanketed menus that list everything on each food item. That was the ’70s and ’80s. It’s now 2015. It’s time to get to the point. 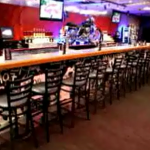 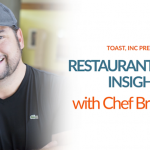